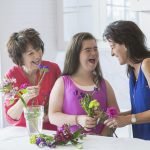 The Congress enacted and the President signed legislation known as the Achieving a Better Life Experience (ABLE) Act of 2014. The Act is modeled on 529 Plans, and will provide tax-favored accounts for individuals with disabilities to pay for qualified expenses.  New Jersey has adopted enabling legislation, but has not yet established an ABLE program. However, New Jersey residents can fund programs administered by other states.  The most popular ABLE account is that administered by the State of Ohio.

Highlights of the Act

Situations Where an ABLE Account will be a Useful Tool