ISSUES TO CONSIDER IN A NEW JERSEY WRONGFUL DEATH CASE 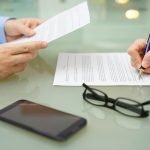 New Jersey wrongful death cases can be complex.  A number of issues arise and the statutes are not always clear.  This article will discuss several important considerations.  Cases under the Wrongful Death Act have two components.  One is the wrongful death component, and the other is the survival claim.  Each is treated differently for many purposes.

Who can be the Plaintiff in a New Jersey wrongful death case? If there is a Will, the Executor would be the Plaintiff.  If there is not a Will, an Administrator ad Prosequendum must be named to bring the action on behalf of an estate.  That action may be brought in the Surrogate’s Court of the County where the Intestate resided or, if he/she lived outside the State, the Surrogate’s Court in which the accident resulting in the death occurred.  The role of the Administrator ad Pros is somewhat confusing.  The Surrogate issues Letters of Administration ad Prosequendum.  The Letters give the authority to the Administrator ad Pros to bring the action and institute proceedings or make a claim, and the litigation may be pursued.

Payment of the Survival Claim

A question arises as to whether a bond is required with respect to the survival claim under the Wrongful Death Act. Generally, if there is a Will the Executor, by terms of the document, is not required to post a bond.  However, the Administrator of an estate does have to post a bond, unless this requirement is waived by the Court.

How are the monies recovered under the survival claim ultimately distributed?  The check from the Defendant or the law firm is written to the estate.  The estate then distributes the funds in accordance with the Will, if there is a Will, and if not, then under the terms of the New Jersey Intestacy Act.

If the Decedent has creditors, the funds recovered under the survival claim are subject to claims of those creditors. Creditors have a right to file claims against the estate of the Decedent.

If the Decedent left dependents, including a spouse and/or children, the award would be divided by Court Order.  If the Decedent left no dependents, then the spouse and descendants would share equally.  This means that if a husband died leaving a spouse and three children, the spouse and each child would receive 25%.  If there were no spouse or descendants, then the wrongful death claim would be distributed pursuant to the terms of the Intestate statute.

Factors that the Court considers in determining Wrongful Death Act claims include age, physical and mental condition, educational requirements, financial conditions, and other means of support.  If a jury makes the determination, it does so as the jury deems fair.  Under the New Jersey Intestate statute, assets of an estate are divided as follows:

Spouse and parent(s), but no children:

No spouse or domestic partner:

Parents:  Decedent’s parents share equally.  If only one parent survives, that parent receives the remaining estate.

Siblings or their descendants by representation

Stepchildren or their descendants by representation

NOTE:  Shares of predeceased children pass to descendants by representation.